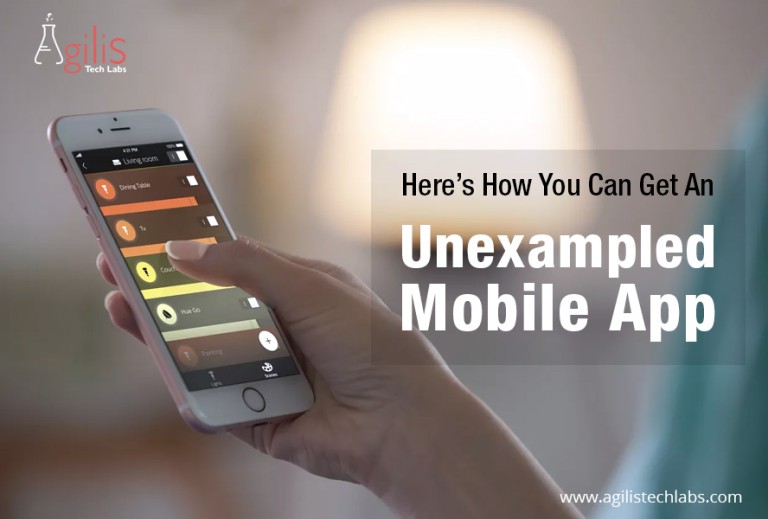 Here’s How You Can Get An Unexampled Mobile App

A mobile app is specially designed to make life easy and filled with entertainment and information. It has basically become world’s touch-with-the-thumb rule in which the greatest movies, songs, games, friends, and everything else that possibly exists today, is just one touch away. Today, we have Amazon, WhatsApp and many others, which have become a brand. Anyone would prefer going for easy shopping on their mobile device with all the worldly apps available or play a game in their phone after searching for something interesting in the App store. So one might think why does one even have to try and make an App stand out in a crowd when it can actually stand out for itself?

Well the answer is quite simple. Facebook was not The Facebook we know today when it was created. On the contrary, it was on the verge of being sold out to Yahoo in its initial years of functioning. How did it then become a brand? What is its success story? Did they do something differently by thinking out of the box? Definitely, developers around the globe are slogging it out to make their app the next Facebook or maybe the next Amazon, but someone needs to tell them they are doing it wrong.

Want to know how to make your app stand out in the crowd on its own? Keep on reading…

1. Create an app that people need, not what they want: It is basically human tendency to keep changing their minds regarding what they want. It keeps on changing with time but what does not change is what they need. Just like they need food and oxygen to live, they need new and fresh options, information and entertainment. So, if you come up with an idea for an app and want to sustain it, think 10 years ahead and see how people are going to make use of it.

2. Once you create it, give it a strikingly unusual name: It actually comes from real life experience. If you have a distinguished name, people generally sound intrigued and inquisitive and ask the history and meaning behind it. After all, the name provides the first impression and you have to reach the top by climbing one step at a time.

3. Give users the maximum benefit: If we talk about early civilization, people constantly kept moving from one location to the other depending upon the comfort and amenities they were getting. This kind of behavior is quite normal and still exists. Users tend to be bounded to your app if it makes and keeps then happy and that is possible when you provide them enough benefits and privileges.

4. Avoid putting a cost in the very beginning: There is one reason why the terms “SALE” or “Discount” attract the attention of every user or customer. It is not because they do not have enough money to spend but why would they spend on an app when they have similar options that are available for free? You could provide the basic features right at the start and when users start interacting more with the app, you could go on and provide additional features for a certain amount. Clearly, the motto in the initial stage should be user satisfaction rather than money.

5. Pursue an intelligent marketing strategy: Use the immense power of the internet and marketing. Show the ads of your app wherever you believe would profit you the most; although over-optimizing is not recommended, so have a fair understanding when and where to showcase.

6. Choose a subtle logo: Everything that shines is not gold. If you look at the logos of the top 10 apps which are used worldwide, you would notice how strategically apt and simple they are. You would not want to confuse the user’s mind by proposing a labyrinthine logo because the motto of an app is to make things easy.

7. Keep the size of the App small: Downloading an app is different from grocery shopping. When free products are given away in the grocery store, consumers like to see their bags fully loaded. Same is not the case when it comes to keeping an app in the mobile so try and keep the size minimal so that it is easy to download and install.

8. Use improvisation as a stepping stone: Change and evolution are key elements of nature and they hold well when it comes to technology too. Ultimately, who is going to explore the app? A human. Modifying the app from time to time, adding features every now and then to keep it interesting and interactive, and working on the look of the app contributes a lot to its success. Remember Orkut? No? Exactly the point!

9. Provide an articulate description on the App Store: It is called the magic of sales pitch. You actually expect a user to put all the efforts and download the app when it is just new when you say it right. Provide enough information to them, give them enough confidence to explore the app, give them a guarantee that they would not be disappointed, and make sure they do not get any virus alerts. Like Google says, “Content is King”.

10. Feature videos and screenshots: There are occasions when users don’t really understand what an app is all about from its description. So, representation through screenshots and videos can be a good addition in making users understand everything they want to know about the app. It’s a great way of making your app different from others available for the same purpose.

11. Letter of recommendation: It is always good to have impressive reviews for your app. It puts less load and responsibility on the description and helps you earn those brownie points at an early stage. Give users an opportunity to leave you suggestions and remarks as that would help you know the areas that need improvement.

12. Appreciate the feedback you receive: Users generally like to hear that their feedback was taken positively and is worked upon. Ultimately, users are the ones for whom the app was created in the first place.

13. Keep tabs on the number of downloads: A reality check for all the hard work done and efforts put. It is very important to check how many people are downloading the app and at what rate. Compare the statistics for over a period of time, and then see if the graph is moving in the desired trajectory. Ultimately, this is the source through which you want users to know and appreciate your work. It is a matter of encouragement that you get when you see the number building up.

14. Keep further tabs on how users are interacting with the App: Once the numbers grow and keep growing, make sure that you see and comprehend user interaction with the app. It is important to understand the psyche of the user because that is what helps any developer program the modifications from a future’s perspective and that is what determines the lifeline of the app.

15. Give special deals and offers: There is a very famous quotation that says the best things in life are for free. Well on one side, it is neither recommended nor feasible to give it all for free but yes, good deals and offers play a vital role in retaining a user. Entice them, surprise them! This will keep things entertaining and fun.

16. Be the trend setter: All the pointers come down to this one major point. How to be the first you? There are no short cuts to success and merely imitating an idea and executing it will do nobody any good. Come up with an exciting idea that is different or if you think your concept is a much better version of something that already exists, then just go for it. There are your competitors out there who are doing exactly what you are doing. Believing in your own idea is the first step to creating something big and making your competitors watch you, in awe. Be the one, believe in yourself and work towards being “The Game Changer”.

If you have read this then you simply know it all. It is more of smart work combined with the hard work that you put in to design the app and make it function.

Remember that your potential users are always looking for something new, something interesting. Understand the psyche of your audience, foresee what your competitors are up to, and take advantage of an opportunity as and when you get it or see it coming.